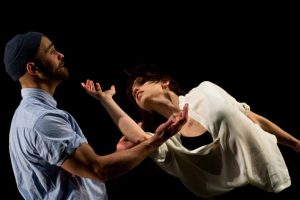 I canceled “Past Tense/ Future Perfect” last Thursday after two texts, one from my newly replaced actor said that his other productions were shut down and he needed the evening rehearsal slots to now film his once live production of “Mary Poppins” and the other was from a dancer on her way to Connecticut to get the Hell out of NYC before things got really bad. So there I am at my photoshoot with only 4 performers out of 8. And I had to make the call. Less than a week later Dixon Place has announced that it’s shutting its doors until April 20th, a few weeks after the show. Luckily curator Doug Post has encouraged us that we will be on a bill next fall, and not to sound too Doomsday, but I’m really hoping that fall will bring us a new Earth, killer virus free. And yes, I’m not so sure. So this is the new normal. I’m on day five of quarantine. I talked to Bobby, my composer and I’m trying to turn a negative into a positive by hoping that this will give me plenty of time to make the piece better- that we wont attempt to rush the score to try to hit the 15 minute mark, but to happily and creatively extend the piece to it’s full 20 minutes. I’m interested in creating a new section called “memories” after the photoshoot revealed that the dancers all in black with a black face mask was definitely the more interesting of design options. And then, Bobby helped me realize a fatal flaw in my choreography- me. How to integrate my character into the “future” I’m still pondering- man I really could use a studio right now. Not sure when I’ll be able to get back in one. This quarantine makes me realize how much I love dancing- and no, Fort Greene Park doesn’t quite do it for me. Til next time dance fans….

By 121admin March 18, 2020
Uncategorized
Prev Practice What You Preach
Next This is the time of our lives 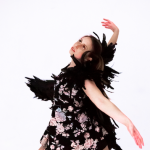